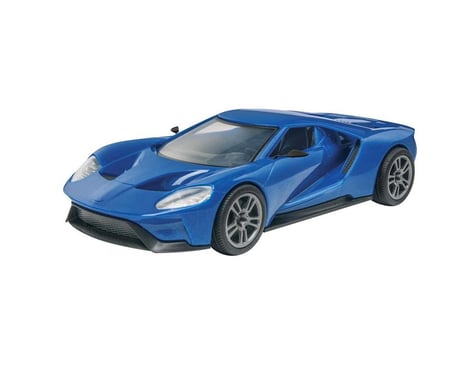 Discontinued Online
Write the first review
This item is discontinued and no longer available for purchase. You may want to search our site for a similar item.
Note: Manufacturer does not allow coupons

This is the Revell 1/24 scale Ford GT plastic model kit. The original Ford GT was developed by Ford in 1964 for the esteemed 24 hours of Le Mans race in France. Ford wanted to show the world that not only could they compete with the best of the best, they could win. They had gotten off to a rough start and lost in both 1964 and 1965, but eventually the Ford GT won the Le Mans race from 1966 to 1969! Now, on the 50th anniversary of that infamous first win, Ford has designed a brand new Ford GT using the most advanced technology available and the mechanical expertise that Ford has accrued over the past five decades.

This product was added to our catalog on February 3, 2017