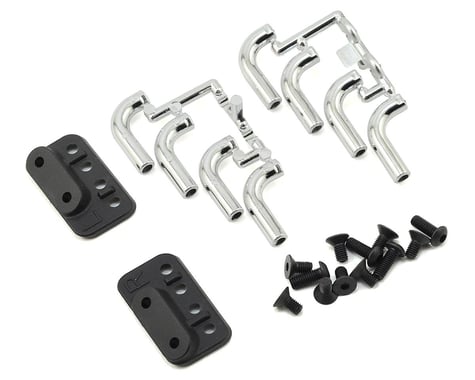 Out Of Stock Online
You may back order this item and it will ship when it arrives.
$3.99 flat rate shipping! Learn More

This item earns up to 12 VIP Reward Points Learn More

This is a pair of RPM Zoomie Mock Exhaust Headers in Chrome. What are “Zoomies”, you might be asking? It’s a term dating back to the 1970’s that describes 4 upturned exhaust pipes or headers on each side of the car. You may be most familiar with them from Nitro Funny Cars, Top Fuel, and Monster Trucks although a few older folks might remember them sticking out from the rear of a van (you know who you are). Zoomies typically represent the biggest, baddest motors on the planet! If your ride is sporting Zoomies, there’s no question you’ve got horsepower!

This product was added to our catalog on September 8, 2017