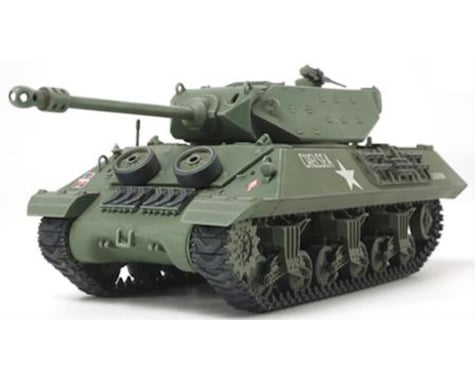 Unavailable Online
Write the first review
This item is not available for purchase online. You may want to search our site for a similar item.

The M10C tank destroyer was a British modification of the M10s it received from the US, with the original 3-inch main gun replaced by the fearsome British 17 pounder. The vast majority of M10Cs were the M10 IIC variant, which was based upon the late-production M10 with distinctive enlarged turret-rear counterweight. Around 1,000 were produced between Spring 1944 and the end of WWII, the Allied forces making good use of it after the Normandy landings, benefiting from the power of the gun which allowed it to tear through Tiger I front armor.

This product was added to our catalog on September 1, 2017