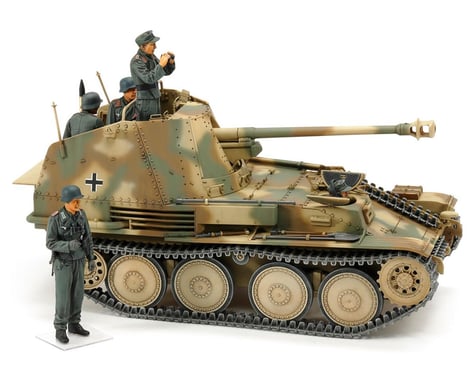 This model kit pairs the classic Marder III M with brand new figures and additional parts including markings to assemble the model as a vehicle seen on the Normandy Front in the closing years of WWII.

The Marder III M was a hardy German tank destroyer with 7.5cm Pak40/3 gun, based on the obsolete Czech-built 38(t) tank chassis. 942 were produced from May 1943, and some of those served on the Normandy front as occupying Nazi German forces attempted to stem the Allied advance.