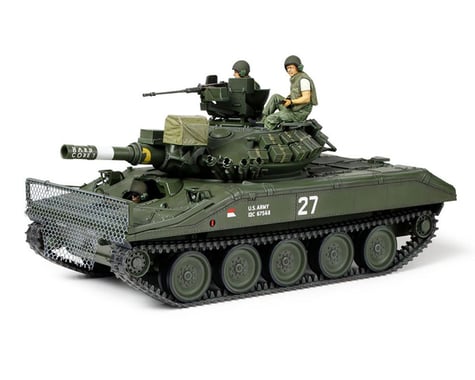 Out Of Stock Online
You may back order this item and it will ship when it arrives.

This model kit recreates the M551 Sheridan Armored Reconnaissance/Airborne Assault Vehicle (AR/AAV). The M551 was designed as airdrop capable armor with wading capabilities, a key concept as the U.S. took on the role of global policeman post WWII. With an aluminum hull and rolled steel turret, it weighed just 15 tons, but had impressive firepower in the shape of the M81 152mm gun/launcher, which could fire standard rounds and MGM-51 Shillelagh missiles. The M551 was in service with active units from 1968 to 1996, and saw action in the jungles of Vietnam.