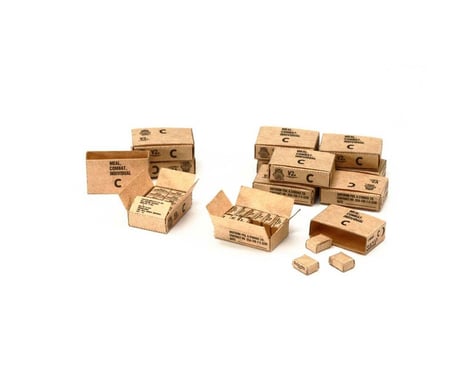 Out Of Stock Online
You may back order this item and it will ship when it arrives.
$3.99 flat rate shipping! Learn More
Back Order

Add even more realism to your Vietnam War-era U.S. models with this set of assembly MCI cartons! Around 1960, the MCI (Meal, Combat, Individual) replaced C-Rations as the combat rations issued by U.S. armed forces, and was widely supplied in the Vietnam War. One carton contained 12 rations, each with four cans: one contained an entrée such as meat or spaghetti, one package of crackers, one jam, and one dessert. It also included an accessory pack with salt, sugar, tissue paper and more.