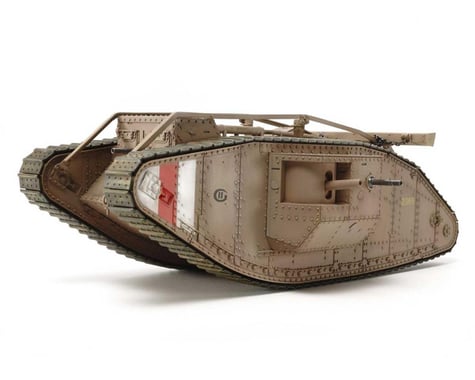 Out Of Stock Online
You may back order this item and it will ship when it arrives.
FREE Shipping Eligible! Learn More
Back Order

This is the Tamiya 1/35 Scale WWI British Tank Mk.IV Male with Control Unit. The 1/35 R/C Tank Series is a great option for realistic models and thrilling tank battles! This kit depicts the first major forerunner to modern-day tank designs, the WWI British Mk.IV Male. Around 1,000 were produced starting in March 1917. The "Male" variant was developed to smash through enemy lines and in addition to machine guns it utilized large 6-pounder guns. The Mk.IV saw a variety of action, including a mass deployment of around 400 at the Battle of Cambrai in November 1917.